Required Reading from the Institute: 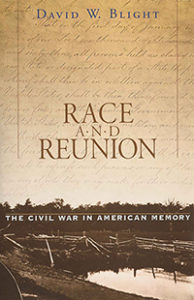 Blight’s seminal work explores how in the aftermath of the Civil War the North and South began a process of reconciliation. The ensuing decades witnessed the triumph of a culture of reunion, which downplayed sectional division and emphasized the heroics of a battle between noble men of both sections. Nearly lost in national culture were the moral crusades over slavery that ignited the war, the presence and participation of African Americans throughout the war, and the promise of emancipation that emerged from the war. Blight explores how the unity of white America was purchased through the increasing segregation of black and white memory of the Civil War. 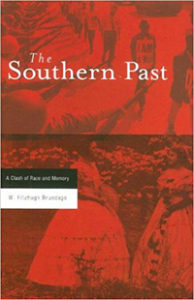 W. Fitzhugh Brundage, The Southern Past: A Clash of Race and Memory (Harvard University Press, 2005)

Since the Civil War whites and blacks have struggled over the meanings and uses of the Southern past. Today’s controversies over flying the Confederate flag, renaming schools and streets, and commemorating the Civil War and the Civil Rights movement are only the latest examples of this ongoing divisive contest over issues of regional identity and heritage. The Southern Past argues that these battles are ultimately about who has the power to determine what we remember of the past, and whether that remembrance will honor all Southerners or only select groups. 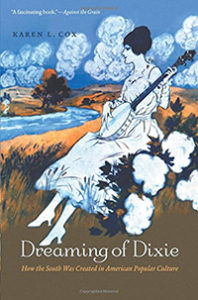 Karen Cox, Dreaming of Dixie: How the South Was Created in American Popular Culture (University of North Carolina Press, 2013)

This book demonstrates that the chief purveyors of nostalgia for the Old South were outsiders of the region, playing to consumers’ anxiety about modernity by marketing the South as a region still dedicated to America’s pastoral traditions. In addition, Cox examines how Southerners themselves embraced the imaginary romance of the region’s past and how history and memory shaped the Southern identity. 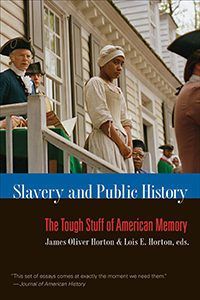 This edited collection explores current controversies over American slavery and offers an analysis of how people remember their past and how the lessons they draw influence American politics and culture today. Bringing together some of the nation’s most respected historians, including Ira Berlin, David W. Blight, and Gary B. Nash, this is a major contribution to the unsettling but crucial debate about the significance of slavery and its meaning for racial reconciliation. 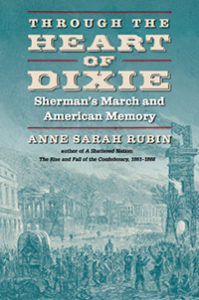 Rubin explores stories and myths about the March to the Sea from a wide variety of sources, including African Americans, women, Union soldiers, Confederates, and Sherman himself. She draws on array of media, including travel accounts, memoirs, literature, films, and newspapers, using the competing and contradictory stories as a lens for examining the ways thinking about the Civil War have changed over time.

William C. Davis, “.” The Wall Street Journal. July 10, 2015. A recent article by one of the foremost historians of the Civil War about finding the right balance between commemoration and remembrance.

Kwesi DeGraft-Hanson, “Unearthing the Weeping Time: Savannah’s Ten Broeck Race Course and 1859 Slave Sale.” Southern Spaces. February 18, 2010. An essay about uncovering the site of the South’s largest slave sale, which will be used as a starting point for a discussion of the event and a tour of the site itself, outside Savannah.

Ethan J. Kytle and Blain Roberts, “Take Down the Confederate Flags, but Not the Monuments.” The Atlantic, June 25, 2015: The authors argue that instead of “sanitizing the past,” communities need to strike a balance between confronting history honestly and respecting the needs of the present.

Ethan J. Kytle and Blain Roberts, “Looking the Thing in the Face: Slavery, Race, and the Commemorative Landscape in Charleston, South Carolina, 1865-2010.” Journal of Southern History 78, no. 3 (August 2012): 639-84: Details the conflicting efforts to memorialize the Denmark Vesey slave uprising in Charleston and the ways in which the community has struggled to face its own history of slavery honestly and unflinchingly.

Fallis, Greg, “Seriously, the guy has a point.” Gregfallis.com (blog)

Cox, L. Karen. Dixie’s Daughters: The United Daughters of the Confederacy and the Preservation of Confederate Culture. University Press of Florida, 2003.

Dickey, Jennifer W. A Tough Little Patch of History: Gone with the Wind and the Politics of Memory. University of Arkansas Press, 2014.

Glassberg, David. Sense of History: The Place of the Past in American Life. Amherst, MA: University of Massachusetts Press, 2001.

Kreiser, Lawrence A., and Randal Allred. The Civil War in Popular Culture: Memory and Meaning. University Press of Kentucky, 2015.

Levin, Kevin M. Remembering the Battle of the Crater: War as Murder. University Press of Kentucky, 2012.

Rosenzweig, Roy, and David P. Thelen. The Presence of the Past: Popular Uses of History in American Life. New York: Columbia University Press, 2000.