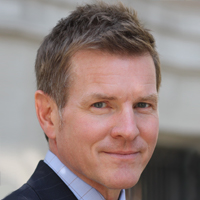 Stan Deaton, Ph.D., Senior Historian and The Dr. Elaine B. Andrews Distinguished Historian, will serve as Project Director and principal faculty for the program. Stan has worked at GHS since 1998. He holds a Ph.D. in History from the University of Florida, a Masters in History from the University of Georgia, and Bachelors degree in Journalism from the Grady School at UGA.  He is the Emmy-winning writer and host of Today in Georgia History, jointly produced for TV and radio by GHS and Georgia Public Broadcasting. At the Georgia Historical Society Stan is a public speaker, writer, teacher, and lecturer. He serves as managing editor for the Georgia Historical Quarterly; works closely with the President and Director of the Research Center to secure manuscript materials for GHS; leads teacher training workshops; writes historical markers; conducts oral history interviews; helps write grants; assists with fund raising; and writes newspaper editorials and a blog, Off the Deaton Path. He has served as project director of four successful NEH Landmarks Workshops for Community College Faculty (2008, 2010, 2011, 2012), an NEH Summer Institute for College and University Faculty (2013), and as co-director of a 2010 NEH Summer Seminar for College and University faculty. 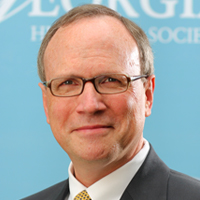 W. Todd Groce, Ph.D., President and CEO, will serve as resident faculty for the program and will assist Dr. Deaton with program content development, review of candidate applications, and throughout the Institute with moderated discussions focusing on history in the public sphere. Dr. Groce holds a B. A. from the University of Memphis, and an M.A. and Ph.D. in History from the University of Tennessee. He also holds a Certificate in Leadership Development from the United States Army War College. Before coming to Georgia in 1995, he taught history for three years at the University of Tennessee and Maryville College and then served five years as executive director of the East Tennessee Historical Society. Dr. Groce is the author of Mountain Rebels: East Tennessee Confederates and the Civil War and coeditor with Stephen V. Ash of Nineteenth Century America: Essays in Honor of Paul H. Bergeron. He has also written nearly 50 articles, essays, and book reviews for a wide range of publications such as The Journal of Southern History, The New Georgia Encyclopedia, the Atlanta Journal-Constitution, and the New York Times. He frequently lectures on the Civil War, World War II, and other aspects of U.S. military history and has made television appearances on the History Channel, the Discovery Channel, C-SPAN, and Georgia Public Television. 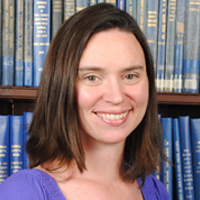 Christy Crisp is GHS Director of Programs and will serve as project manager for this NEH Institute.   Ms. Crisp is responsible for management of the Society’s Historical Marker and Affiliate Chapter programs, as well as educational and outreach programs for both adults, school children, and teachers. She holds an undergraduate degree in International Relations from Samford University in Birmingham, Alabama, and a Master’s in History from James Madison University in Harrisonburg, Va. She is a 2014 graduate of the Developing History Leaders @SHA seminar, a national leadership training program for public history professionals. 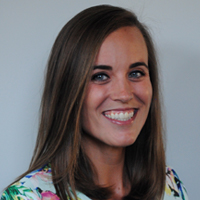 Elyse Butler is GHS Outreach Coordinator. She assists with the Georgia Historical Marker Program and Affiliate Chapter programs. She holds a Bachelor of Arts in Anthropology from Georgia State University, and a Masters in History with a graduate certificate in Museum Studies from the University of Missouri- St. Louis. During her graduate program she held a two-year assistantship with Cahokia Mounds State Historic Site as Assistant to the Curator. For this NEH Institute Ms. Butler will assist with all logistical aspects of the program, including housing, meals, and registration; promotion of the Institute nationwide; and corresponding with applicants and selected participants.