Dr. E. M. Beck is a Professor of Sociology and a Meigs Distinguished Teaching Professor at the University of Georgia, where he has taught since 1976 (view Dr. Beck’s Meigs video). He received a Ph.D.in Sociology from the University of Tennessee in 1972. He is the co-author of A Festival of Violence : An Analysis of Southern Lynchings, 1882-1930 (University of Illinois Press, 1995). His specialty areas include race discrimination and racial violence, poverty and inequality; sociology of labor markets, industrial sociology; qualitative methods and statistics, simultaneous equations models bayesian estimation and inference. Dr. Beck’s current research involves the relationship between social and economic inequalities and violence toward blacks in the American South. 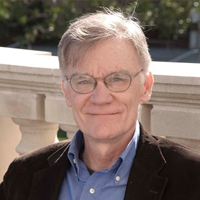 David W. Blight is Yale University’s Class of 1954 Professor of American History. He is also the Director of the Gilder Lehrman Center for the Study of Slavery, Resistance, and Abolition. He previously taught at Amherst College for thirteen years.  In 2013-14 he was the William Pitt Professor of American History at Cambridge University, and in 2010-11 Dr. Blight was the Rogers Distinguished Fellow in 19th-century American History at the Huntington Library. He is currently writing a new, full biography of Frederick Douglass that will be published by Simon and Schuster in early 2018. He is also the author of Race and Reunion: The Civil War in American Memory (Harvard University Press, 2002), which received eight book awards, including the Bancroft Prize, the Abraham Lincoln Prize, and the Frederick Douglass Prize as well as four awards from the Organization of American Historians.  Dr. Blight’s other books include annotated editions, with introductory essay, of Frederick Douglass’s second autobiography, My Bondage and My Freedom (Yale, 2013), Robert Penn Warren’s Who Speaks for the Negro, (Yale, 2014), and American Oracle: The Civil War in the Civil Rights Era (Harvard, 2011). 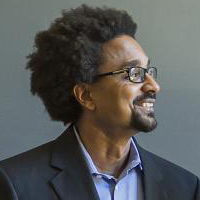 Alex Byrd is an associate professor of History at Rice University. His area of expertise is Afro America, especially black life in the Atlantic world and the Jim Crow South. He received a B.A. from Rice University and Ph.D. from Duke University. His study of free and forced transatlantic black migration in the period of the American Revolution is entitled Captives & Voyagers:  Black Migrants Across the Eighteenth-Century British Atlantic World (LSU Press, 2010), which won the 2009 Wesley-Logan Prize in African diaspora history (jointly sponsored by the American Historical Association and the Association for the Study of African American Life & History). Byrd has published essays addressing current debates over the nativity of Olaudah Equiano, and treating the social consequences of violence in the transatlantic slave trade.  His essay “Eboe, Country, Nation, and Gustavus Vasa’s Interesting Narrative” was named the 2010 winner of Douglass Adair Memorial Award for best article published in the William and Mary Quarterly during the preceding six years. Byrd’s other published work addresses teaching the history of lynching, and explores practicalities of civic engagement in African American studies research. In 2006 and 2013, Byrd received the George R. Brown Award for Superior Teaching. In 2010 he was the recipient of the Presidential Mentoring Award.  Watch a video about Dr. Byrd’s career at Rice and his Rice commencement address. 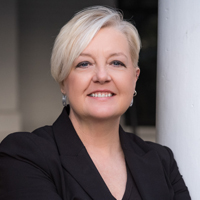 Karen L. Cox is Professor of History at the University of North Carolina at Charlotte and the founding director of the graduate public history program. Dr. Cox received her B.A. and M.A. in History from the University of North Carolina at Greensboro, and her Ph.D. in 1997 from the University of Southern Mississippi. She is the author of two books and numerous essays and articles on the subject of southern history and culture. Her first book, Dixie’s Daughters: The United Daughters of the Confederacy and the Preservation of Confederate Culture, won the 2004 Julia Cherry Spruill Prize from the Southern Association for Women Historians for the Best Book in Southern Women’s History. Her second book, published by UNC Press in 2011, is Dreaming of Dixie: How the South Was Created in American Popular Culture. She is the editor of Destination Dixie: Tourism and Southern History (University Press of Florida, 2012), which won the 2013 Allen G. Noble Award for the best edited collection in North American material culture from the Pioneer America Society.  She has just completed a book entitled Goat Castle: A True Story of Murder, Race, and the Gothic South set in 1930s Natchez, Mississippi. Dr. Cox has published op-eds in the New York Times and Huffington Post and has appeared on C-Span, as well as several radio broadcasts. She is also an OAH Distinguished Lecturer. Her blog is Pop South: Reflections on the South in Popular Culture. 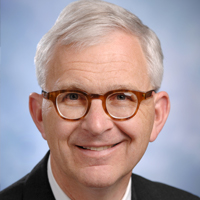 Glenn T. Eskew is Professor of History at Georgia State University, where he has taught since 1993. He holds a M.A. and Ph.D. from the University of Georgia, and a B.A. from Auburn University. His recent biography Johnny Mercer: Southern Songwriter for the World (University of Georgia Press, 2013), received the Malcolm and Muriel Barrow Bell Award from the Georgia Historical Society for the Best Book in Georgia history.  His book But For Birmingham: The Local and National Movements in the Civil Rights Struggle (University of North Carolina Press, 1997), received the Francis Butler Simkins Prize of the Southern Historical Association and Longwood College.   Since 2003, Eskew has served as the lead scholar on 12 separately funded National Endowment for the Humanities Summer Workshops for Schoolteachers as well as two Teaching American History Grants. 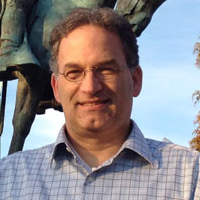 Kevin Levin is a public historian and former high school history teacher based in Boston, Massachusetts. He holds a B.A. in History from William Paterson College of New Jersey, an M.A. in Philosophy from the University of Maryland, and an M.A. in History from the University of Richmond. He specializes in the history of the American Civil War and for the last ten years has shared that passion with as broad an audience as possible at his website, Civil War Memory. He has taught history on the high school and college levels, most recently as a Visiting Instructor of History at the American Antiquarian Society in Worcester, Massachusetts. He previously taught at Gann Academy in Waltham, MA, and the St. Anne’s – Belfield School in Charlottesville, Virginia, where he offered a variety of courses, including Civil War Memory, Lincoln, Race and Gender, Women’s History and the Holocaust. He is currently editing a book of essays entitled Interpreting the Civil War at Museums and Historic Sites for Rowan & Littlefield’s “Interpreting History Series.” His other major project is a book-length study that is tentatively titled, Searching For Black Confederates: The Civil War’s Most Persistent Myth and is currently under advance contract with the University of North Carolina Press. In 2012 the University Press of Kentucky published his first book, Remembering The Battle of the Crater: War as Murder. 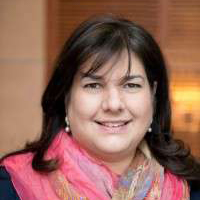 Anne Sarah Rubin is a Professor of History at the University of Maryland, Baltimore County, where she teaches courses on the Civil War, American South, and the Nineteenth Century United States.  She is also the Director of the Center for Digital History and Education. Her latest book, a study of the many legacies of Sherman’s March, is Through the Heart of Dixie:  Sherman’s March and American Memory (University of North Carolina Press, 2014).  Her online exploration of Sherman’s March can be found at www.shermansmarch.org.  Her first book, A Shattered Nation: The Rise and Fall of the Confederacy, 1861-1868 (UNC Press, 2005), won the 2006 Avery O. Craven book prize for the best book in Civil War history. The book focuses on Confederate nationalism and identity. She has also worked extensively with electronic media and is co-author of a CD-ROM, The Valley of the Shadow: The Eve of War. This project won the first eLincoln Prize for the best digital project in American Civil War History and The James Harvey Robinson Prize, which is awarded biennially for the teaching aid which has made the most outstanding contribution to the teaching and learning of history in any field for public or educational purposes. Dr. Rubin received her A.B. from Princeton University, and her M.A. and Ph.D. from the University of Virginia. 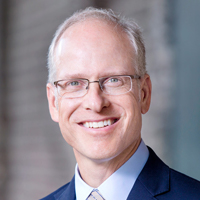 Robin B. Williams teaches at the Savannah College of Art and Design, where he founded the Department of Architectural History in 1995 and has chaired since.  He specializes in the history of the built environment of the modern period in Europe and North America.  Williams earned his B.A. in the History of Art at the University of Toronto and his M.A. and Ph.D. in the History of Art at the University of Pennsylvania. His dissertation, “Rome as State Image: The Architecture and Urbanism of the Royal Italian Government, 1870-1900,” examined the transformation of Rome into the capital of modern Italy during the late nineteenth century.  A chapter from his dissertation appeared in The Pantheon: From Antiquity to the Present, published by Cambridge University Press in 2015.

Since joining SCAD in 1993, Williams has made Savannah the focus of his research.  From 1997 to 2006, he directed the online Virtual Historic Savannah Project, which received substantial funding from the National Endowment for the Humanities and the Georgia Humanities Council.  He is the lead author of a new architectural guidebook, Buildings of Savannah, the inaugural city guide in the Society of Architectural Historians’ Buildings of the United States series pubished by the University of Virginia Press.   His journal article on the role of historic street pavement in modernizing Savannah has led to his larger current study of the evolution of street and sidewalk pavement in cities across the country, which he addressed in a recent TEDx talk.